Independent developer Novarama today released their E3 2019 welcome video for Killsquad the new co-op action RPG, launching this summer for PC on Steam Early Access. The Novarama team will be at the Indiecade booth at E3 2019 this week in Los Angeles, with a live multiplayer demo available that will be focused on three tenets of the game: Exploration, Extermination and Escape. Stop by the booth to enjoy E3 2019 ‘Killsquad Style’.

Independent developer Novarama are pleased to reveal their video tutorial series showing off two characters from their co-op action RPG game for Killsquad. Coming soon for PC on Steam Early Access, Killsquad is a top-down co-op action RPG set within the futuristic world of bounty hunters known as ‘killsquads’.

Check out the video for Troy, a lethal gunslinger and damage-dealing ranged character. Accessible and easy to pick up, Troy has a skill tree that includes the ability to clone himself

Check out Kosmo, a melee character with a focus on taunting. Kosmo has devastating nuke attacks on his skill tree, that allow him to get rid of masses of enemies even when surrounded

Killsquad is a new action RPG set in a sci-fi world coming to Steam Early Access this summer. It is a modern RPG about bounty hunters raiding planets for loot and glory while battling enemies and huge bosses. Built on Unreal, Killsquad is an indie AAA game that focuses on fast hack’n’slack gameplay, cooperation, and survival.

Killsquad also has plans to launch on console for PlayStation 4 and Xbox One. Stay tuned for details coming later this year.

This june we’re heading to Los Angeles, California for E3, one of the biggest video game events of the year, and we are bringing KillSquad with us! Killsquad is our latest announced game, a coop A-RPG set in a sci-fi universe full of dangerous yet captivating planets and powerful enemies.

If you are going to be in Los Angeles for E3, come join us we’ll be at the IndieCade booth (West Hall #5200) with a fully playable demo for you to enjoy!

Enter the Shady World of Bounty Hunters and contracts in Novarama’s Sci-Fi Space Western
Barcelona, Spain – May 23rd, 2019. Independent developer Novarama are pleased to announce their co-op action RPG, Killsquad, which will launch for PC on Steam Early Access this summer. Killsquad is a top-down co-op action RPG set within the futuristic world of bounty hunters known as ‘killsquads’. These hunter teams take on contracts to do the dirty work of big corporations with the lure of big money bonuses and the gravitas of intergalactic kudos.

Killsquad features an in-depth loot and class system with procedurally generated levels and missions ensuring no play session, either in single player or with friends is the same.Taking place in a futuristic pulp sci-fi setting, Killsquad blends a space western styling with the top down isometric look and feel of a traditional RPG. Featuring dynamic planets that pose as much as a threat to players as the enemy inhabitants do, players embark on a contract and encounter an array of deadly creatures, automated defence systems and other lethal adversaries as they navigate the exotic, richly detailed environments of each planet.

Killsquad revolves around quick session oriented missions, giving players an intense action based single and multiplayer experience. The procedurally generated levels and fast paced nature of the game invites repeat play-throughs while taking classic staples of the action RPG genre in a fresh direction. With community at its core, Killsquad introduces a live contract system with players being offered contracts for them to undertake in real time. These contracts effectively embrace a true community feel where other players can drop in and tag along in an open contract all enjoying the same experience, you can never have too much firepower.

Special contracts promoted through in-game events will keep the players actively engaged in an ever expanding universe.

“Killsquad is a true passion project: our tribute to all the games we’ve enjoyed through the years. It began as a wishlist of everything we dreamt a game should have. We hope the community feels that respect and admiration, and we look forward to expanding the Killsquad universe with them”, said Game Director Dani Sanchez-Crespo.

Players can select one of 4 different heroes to play, each of which has their own distinct capabilities based on their class: Assassin, Warrior, Specialist or Support. Each class takes skill to master, thanks to a fast console-style control mechanic which unlocks character-specific abilities and traits. Killsquad’s class system means players have access to plenty of upgradeable gear and design options to completely customize their chosen character including their appearance with character skins. With a variety of different weapons and contracts to unlock and equipment to acquire, players have a seemingly endless selection of options to utilize in a deadly universe that’s always active.

Powerful attack skills specific to each character class can also be acquired to employ against the more deadly enemies or boss encounters along the way. Defeated enemies will drop useful resources, currency and DNA, which can be used to buy better weapons and gear in the game shop, as well as buying perks to upgrade them.

Novarama has big plans in store for Killsquad with much more content planned for the game later this year including revealing more details on a proposed console version for PlayStation 4 and Xbox One.

About Novarama
Novarama was founded in 2003 in Barcelona, Spain, with a simple idea in mind: to create innovative games with mass-market appeal. Novarama’s games focus on creating and supporting game worlds across formats, building game communities that bring people together and last many years.

For over nine years, Novarama has worked exclusively for Sony Computer Entertainment Europe, publishing titles on PSP, PS VITA and PS3. They introduced Augmented Reality to the masses with the Invizimals saga, which has generated six titles, sold 2.5 million units, and spawned a franchise ranging from TV Shows, toys, trading cards and video games. 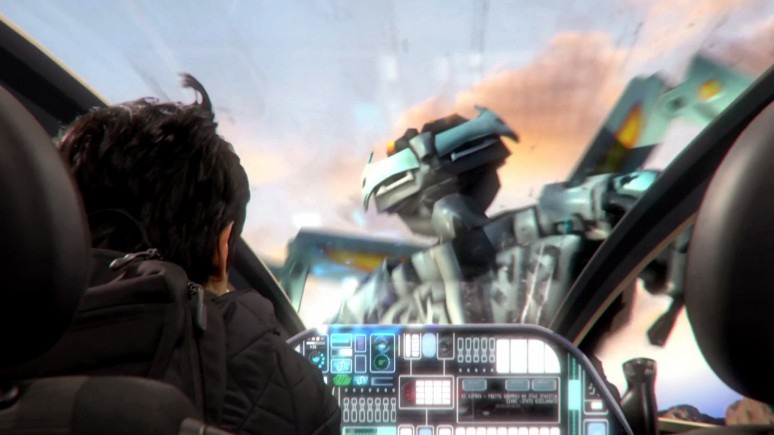 For the very first time the game will use our SmartAR technology throughout the whole game, meaning you will not have to use AR markers at all! With 20 new capture techniques you will need your wits about you to capture a whole roster of new creatures using all of the PS Vita’s features.

View all the open positions